In honor of the approaching end of the 13th baktun on December 21, per the famous Mayan calendar, I’d like to write about a piece of ironclad historical evidence contradicting the “Mayan doomsday” nonsense.  That particular piece of evidence lies in the ruins of Xultun.

Xultun was once a flourishing Mayan metropolis, and its importance continues to the present day as the site of a series of murals of great significance to clearing up an archaic misunderstanding of the great calendar.  More specifically, painted on the walls in a house that appears to have been a workshop for scribes and astronomers, is a series of complex astronomical tables  extending well past the end of 2012.  In other words, the Mayan astronomers of the ninth century C.E. most certainly didn’t think the world would end when the thirteenth baktun did, but instead carried on with their work charting planetary and stellar activities well beyond the supposed end of the world.  “So much for the supposed end of the world,” quips William Saturno, one of the present-day (re) discoverers of these scientific calculations.

Another of Saturno’s comments sums up the contrast between Western pop culture’s misconceptions and Mayan thought nicely, in my opinion —  “We keep looking for endings… the Maya were looking for a guarantee that nothing would change. It’s an entirely different mindset.” (National Geographic, 5/10/2012)

After the above excerpts, you might be interested in getting a look at Xultun and these murals for yourself.  If so, you’re in luck!

If you click HERE, you can view National Geographic’s “Giga Pan” high resolution photographs of some of the murals.

If you’d like to explore the beautiful stone stelae (carvings) that dot the city, you can click HERE to visit the Peabody Museum of Archaeology and Ethnology at Harvard’s website cataloguing a bit of the site’s history, its carvings, and their locations around the town.  (The diagrams of the carvings are in the list on the lefthand side of the page.)

Finally, National Geographic has also prepared a short video on the discoveries at Xultun for your viewing pleasure, which you can view HERE if you have trouble viewing the embedded version below. 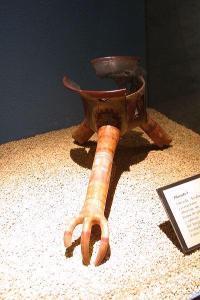 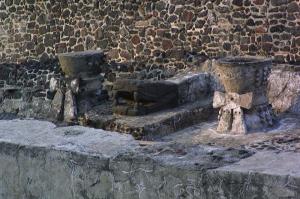